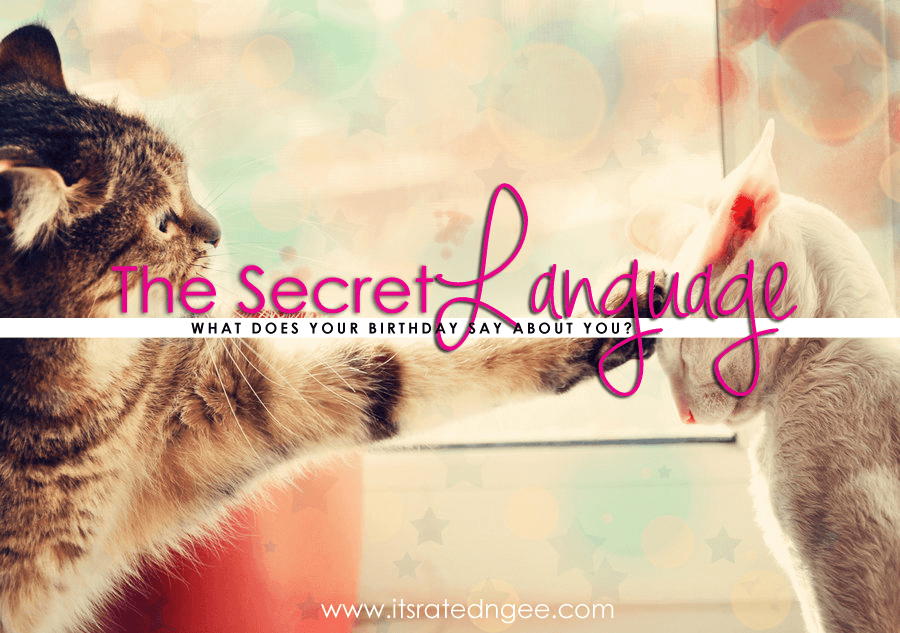 Well, this is pretty awesome. Horoscope stalkers rejoice… NOT! If you make AVID use of saying, “I’m (zodiac sign here) so I am blah, blah, blah and you are la, la, la” to justify your existence, stop now. I’ll explain why later. I find it completely amazing when we walk around like we know ourselves SO much when we probably only know 85% of who we are. Peep this cool little discovery. I recently was able to discover the secret language of birthdays for myself and a few other people I know. VERY interesting facts that covered our personalities and hew we interact throughout life an with others. It was also weird accurate of everyone I looked up, including myself.

FACT: A Secret Language Name reveals a person’s natural identity. For example, Abe Lincoln was an “Intentional Unifier” and Mother Theresa was an “Innocent Supportive Partner.” 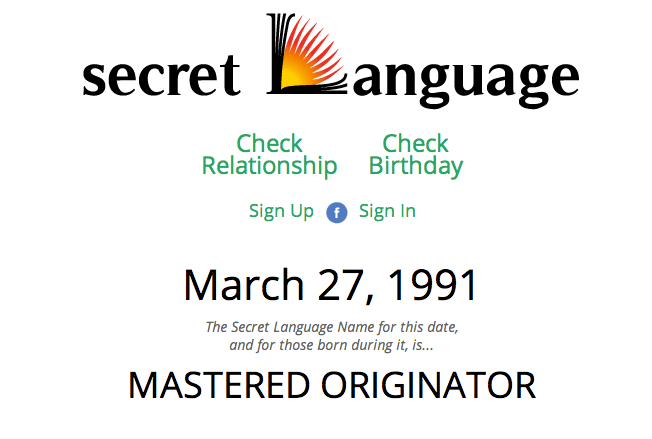 The Secret Language does not come from use of astrology. It was created based upon a study of personality traits found during a 40-year empirical study of more than 20,000 people, organized by birthday. Interesting huh? Of course, I was ready to deny all things when I put my birthday in (March 27th). Well, here were my results. My secret language name happens to be “Mastered Originator”. My birthday happens to be the day of the originator, apparently.

Upon reading the details of my day, I discovered some serious truths. My traits being revealed as SELF-RELIANT, REALISTIC, TECHNICALLY PROFICIENT, FORGETFUL (sometimes), SELF-NEGLECTFUL (still working on it), but DIFFICULT TO LIVE WITH is a nay for me. I tend to stay to myself and away from others in the home. I’m a loner *sad face*.  These excerpts are quite accurate of my personality:

“March 27 people are strongly individualistic. Like children, they are quick to learn, but once having learned pursue their own vision. In doing so, they acquire an unmistakable style, and an often overpowering technique built on what they have developed with others during their formative years. Exceptional people born on this day are originators, often the first to accomplish something in their field, but even those with more modest talents tend to make a contribution that is uniquely their own.

…Although not outwardly emotional, March 27 people are passionate and it is this intensity which makes their work strong. They can arouse emotion in others through the directness of their approach. What appeals to them is the purity of line and the strength of strong contrasts.

…Those born during the Way of Mastery lay claim to an area of expertise and make it their own. Although money and ambition are attractive to them, their orientation is not necessarily materialistic. Rather, their goal is to develop a talent or skill to a level of mastery. Achieving such a lofty aim often requires them to renounce or sacrifice other desires or interests in order to give all their energy to their prime focus. A strange blend of idealist and realist, reserve and extroversion, and the serious and comic, they are able to focus on their goal with savage intensity.” You can learn more about my secret language name here. 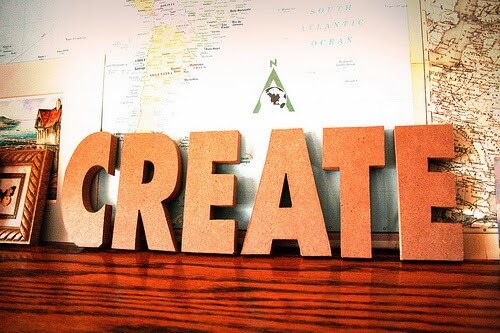 I would say they were pretty dead-on about me. It also gives you advice on bettering yourself. They shared that I should not bottle up my emotions so often, be more open to asking for help, etc. It all resonated with me because I can be quite stubborn and a bit prideful.

I also discovered that my love whose birthday is October 21st was VERY accurate of his personality, which makes us as a couple two completely different people. The Secret Language allows you to get the 411 on how your personalities in relationships work too. We were revealed as being “Unusual Tastes”. He was more in the week of “Drama and Criticism” and myself, “Week of The Child”. It shares that we do great if working together but we’re doomed in marriage. Sheesh… 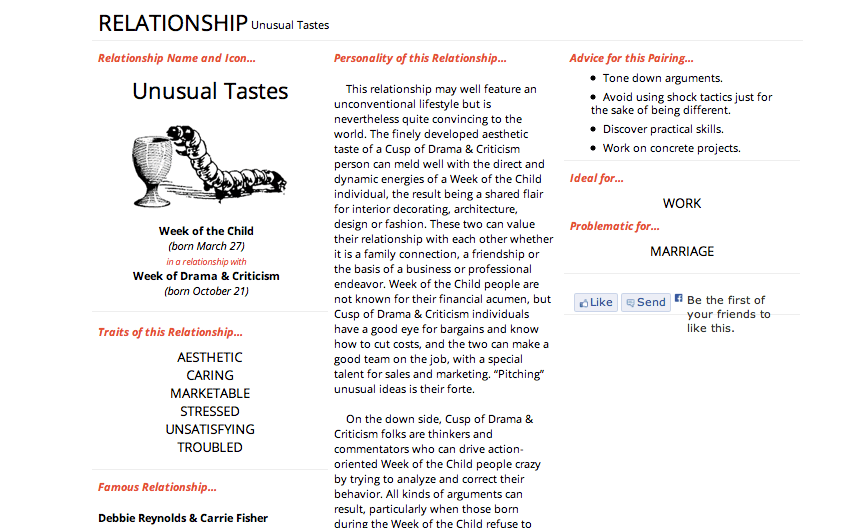 Oh yes, I did read him his traits and such to see if he felt it was accurate or not. His personality, yes… our relationship being turbulent, hell no. Let’s hope this is one area of falsification. We argue like any couple so we’re not terrible, we’ve been doing good lol. There is lots of caring and affection. Opposites do attract in our case. It is pretty cool just reading how “science” tells you about yourself and life though just for laughs and giggles.

I think if you are curious in self-discovery and you want to find out what language is revealed of your birthday, check it out.

What is the secret language of your birthday? Leave your comments below and share with your social friends! Can’t wait to hear from you.

I was selected for this opportunity as a member of Clever Girls Collective and the content and opinions expressed here are all my own.