A brief summary (TAKEN FROM BOOK): When literature student Anastasia Steele goes to interview young entrepreneur Christian Grey, she encounters a man who is beautiful, intimate, and intimidating. The unworldly, innocent Ana is startled to realize she wants this man and, despite his enigmatic reserve, finds she is desperate to get close to him. Unable to resist Ana’s quiet beauty, wit, and independent spirit, Grey admits he wants her too… but on his own terms. 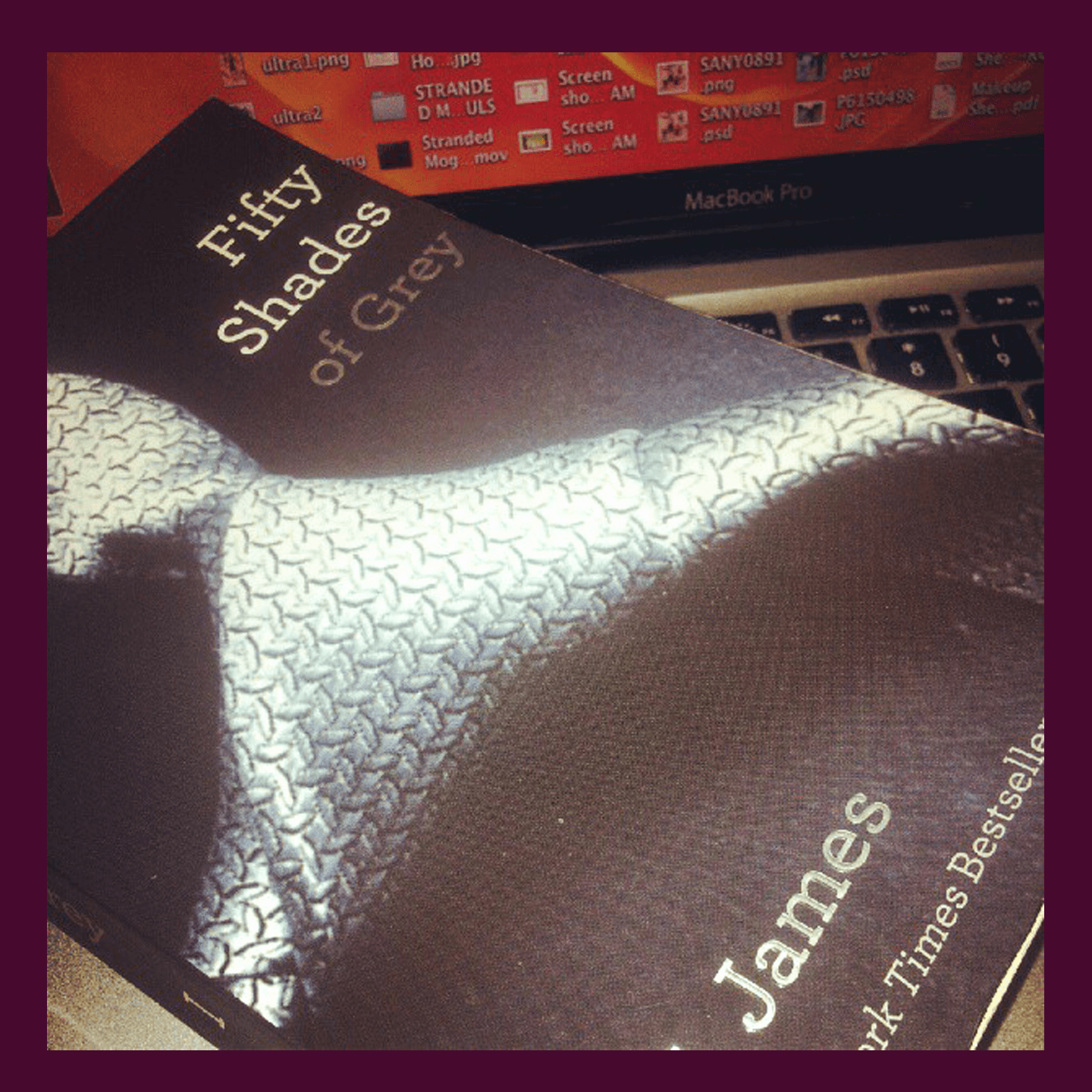 I must say, I first heard of this book not even one month ago. It was all over Twitter and in several news articles that I came across. I wanted to know what the fuss was all about. I did my own research and read a few reviews. Several people mentioned that this book was garbage because “those readers” worried too much about how it was written instead of how it entertains a reader. Unlike them, I actually enjoyed reading this. It was purchased, thanks to my wonderful better half. *hearts*

With an open mind, I was looking forward to get started. In the beginning, you receive your introductions like any other book. You learn to familiarize yourself with the characters. The story mostly takes place is Seattle and a little along the outskirts. Ana was put given as this 21 year old college senior (soon to be grad) who never had a “romance” or relationship with a man EVER. With her best friend Kate being sick and not being able to handle business, she is asked to go and interview 27 year-old billionaire entrepreneur, Mr. Grey for her. Ana had a couple of guy friends who had a thing for her but she pays no mind. After some embarrassment during Grey’s interview, Ana becomes intrigued as does he. One thing leads to another and the fictional character known as Christian Grey soon becomes a man than I’m wanting to meet in real life just to say I FREAKIN’ DID IT! lol. He has a serious effect on women. I never would have thought that this book would be so full of hot, steamy, sexual excerpts that literally turn people on! Wow. Grey puts a spell on Ana, mentally, and she finds herself wanting this man and all his split second emotions. Ever wanted to know or ever lost your virginity to a man that keeps your thighs at attention? Ana did. Little miss Ana was deflowered by him and she turned into a sexual fein whenever he looked at her or came “too close”. It’s funny when you actually read the book and know what I’m talking about. (Spoiling a bit may be possible below):

Do I recommend you read this book? YES! Do I think it’s worth buying? YES! Was the above review my most honest review? YES! I love reading and it really doesn’t take much to entertain me. Reading is quite fundamental. The author thought of an idea and went with it. I love it! Definitely check out the book. If you don’t want to purchase the paperback versions, I have the ebook trilogy available if you’re interested! I’ve already started reading Part two of the trilogy, Fifty Shades Darker! 😀

Have you read it or all three? Tell me what your opinions below!